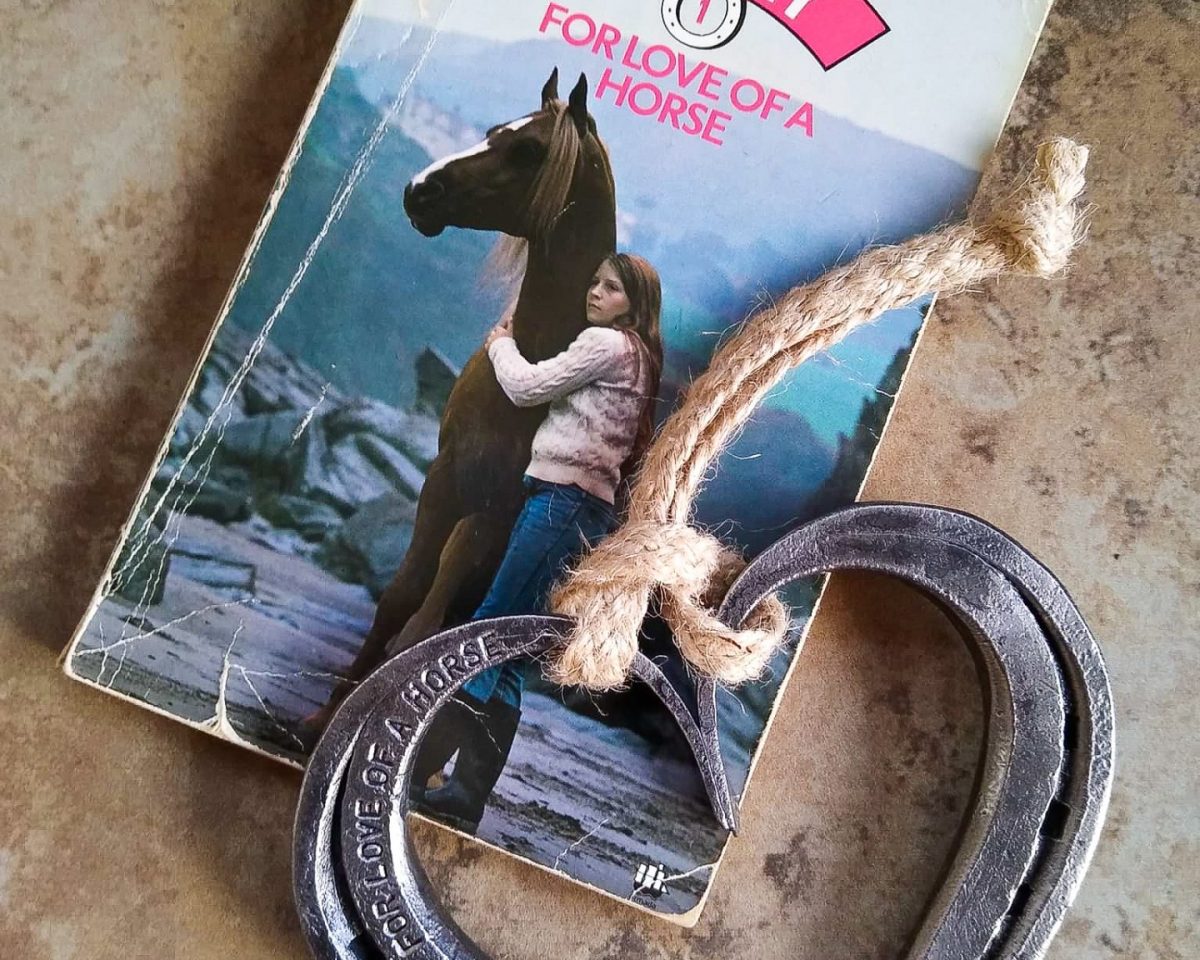 Isn’t it funny how things can happen that seem very small but they can mean so very much.

This is what happened when we received this feedback from our lovely customer Kate.

If you follow us at all on social media you will know how much my ponyless childhood and a certain series of books by a lady called Patricia Leitch about a chestnut arab called Shantih has, well to be honest, influenced so much – My love of horses, how I view the world, my enthusiasm for all things celtic, my wish to live somewhere with a view over hill and dale.

And then Kate sent us her horseshoe and… I’ll let her tell a bit more of the tale.

“Thank you so so much for my beautiful horseshoe heart. The Jinny books led me to Arab horses and to have the words ‘for love of a horse’ engraved on the shoe of my very own Arab mare means more to me than probably most people would understand. I feel as though it represents my love of horses and all my hopes and dreams of owning one for years. Thank you so so much. I am delighted with it. X”

And I did understand. And I cried when we received that message.

Oh my goodness I wish I could have told little me that this would be in her future many years on. Perhaps this seems a little crazy, or maybe there will be some among you that understand.

I stood on the fringes of the equestrian world as a child. Actually I’m still not entirely sure I’m in it now! I was that child whose eyes were glued to your horse as I sat in the back of the car and passed you riding along the road. My heart bursting with desire for what you had and probably my eyes green. Do you know how lucky you are? I wondered.

I combed the Robinson’s catalogue and dreamt of a cottage bedroom, decked out in thelwell’s bedspread and curtains and I would go to the window, open those curtains and look out over rolling hills and my pony in the paddock. But I didn’t, I lived in a town and with a very non horsey family.

I had my first riding lesson, after much badgering, at 7 years old. It was on a pony called Little Merlin and I was giving rising trot a good go at the first and I recall the teacher saying I was a natural. My heart swelled with pride. Those hour lessons were a trade off though as I was ill with asthma and allergies for days afterwards. I would want to stay and help out at the yard afterwards, leading other ponies and setting up jumps etc. My eyes would itch and stream, I couldn’t stop sneezing and would struggle with my asthma but it was all worth it.

I wish I could tell that horse mad little girl – who thought ever owning her own horse would be impossible – that many many years later, not only would she own two chestnut arabs, but she would help create a keepsake for someone else, who like her, had read those same books. Someone to whom the dream of an arab would be a lifelong one and only realised well into adult hood – just like me and mine.

Our lovely customer Kate did achieve it. She became the proud owner of beautiful arab mare Eliane. That alone makes my heart soar. But then she also asked us to create for her from Eliane’s shoe a Horseshoe Heart with the words “For Love Of A Horse” the significance being the first of the books in the Jinny & Shantih series.

When Kate sent me the photo of the book and heart together my heart skipped a beat too as the cover of the book was the same as my childhood editions (they have been reprinted numerous times and the latest editions are now again in print – I thoroughly recommend you read them!) the horse on the front is actually a stallion. He was called Prince of Orange and sadly is no longer of this earth but he was a real gentleman and many teenage girls were lucky enough to know him and ride him. He will always be to me Shantih, and those editions with him on the cover my favourite ones.

And so you see small things. That maybe from the outside don’t mean much at all. But to me within. I’ve come full circle. It’s so meaningful and so significant to me that feedback and that photo have made my year. A little whisper of past, present and future combined.

So perhaps we are on the right path, maybe just maybe if I try really hard  I may also go to the window, open the curtains and look far over hills and dale and my chestnut arabs will look up at me from their paddock below and nicker at the sound of my voice…

Thank you so much Kate. Here’s to keeping dreams alive. 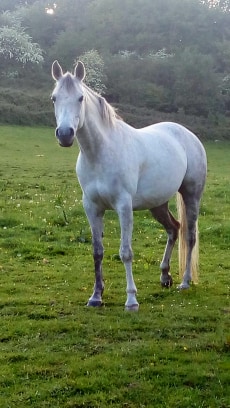 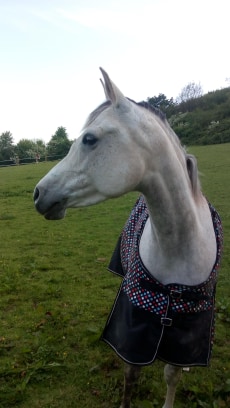 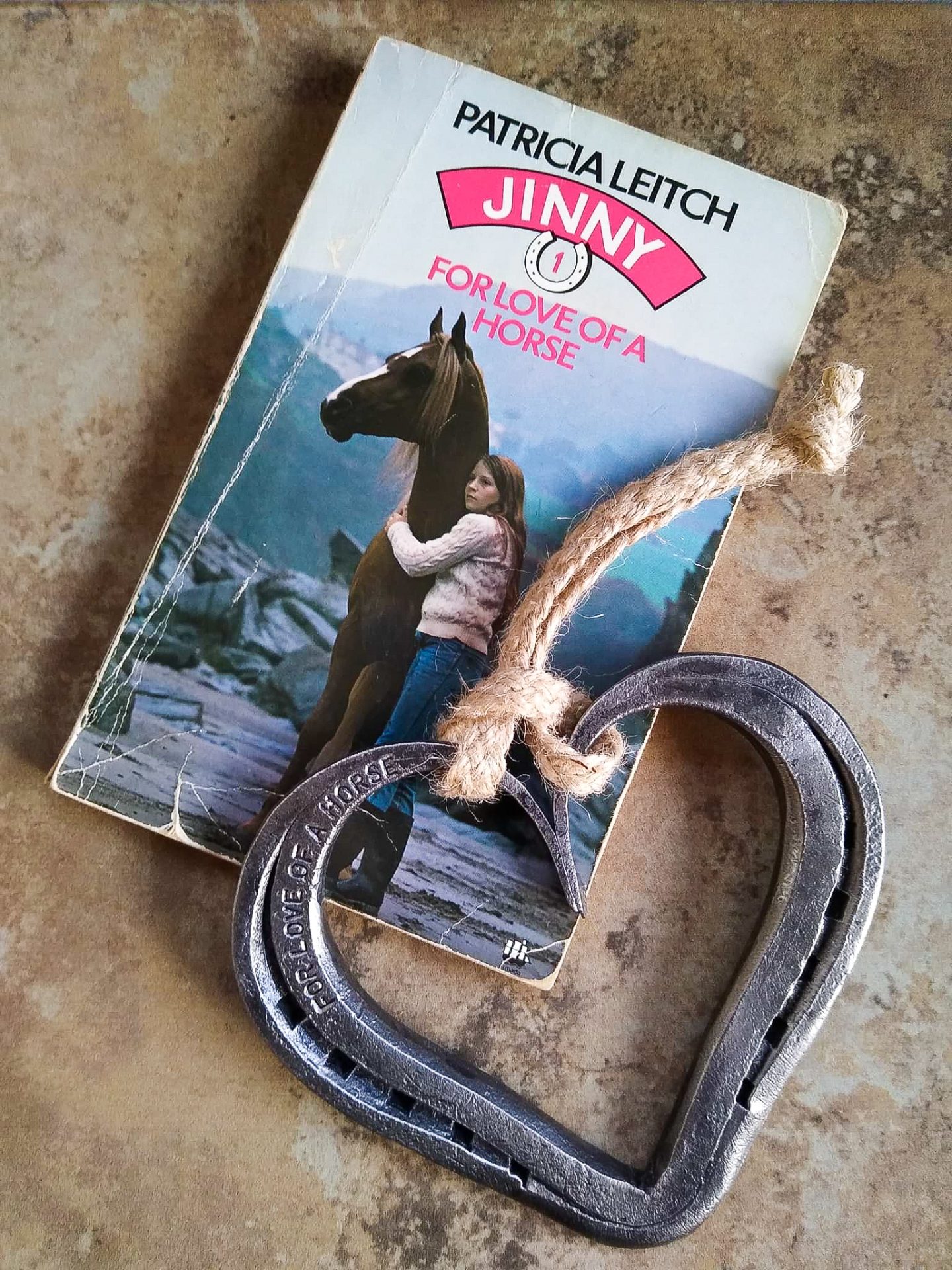