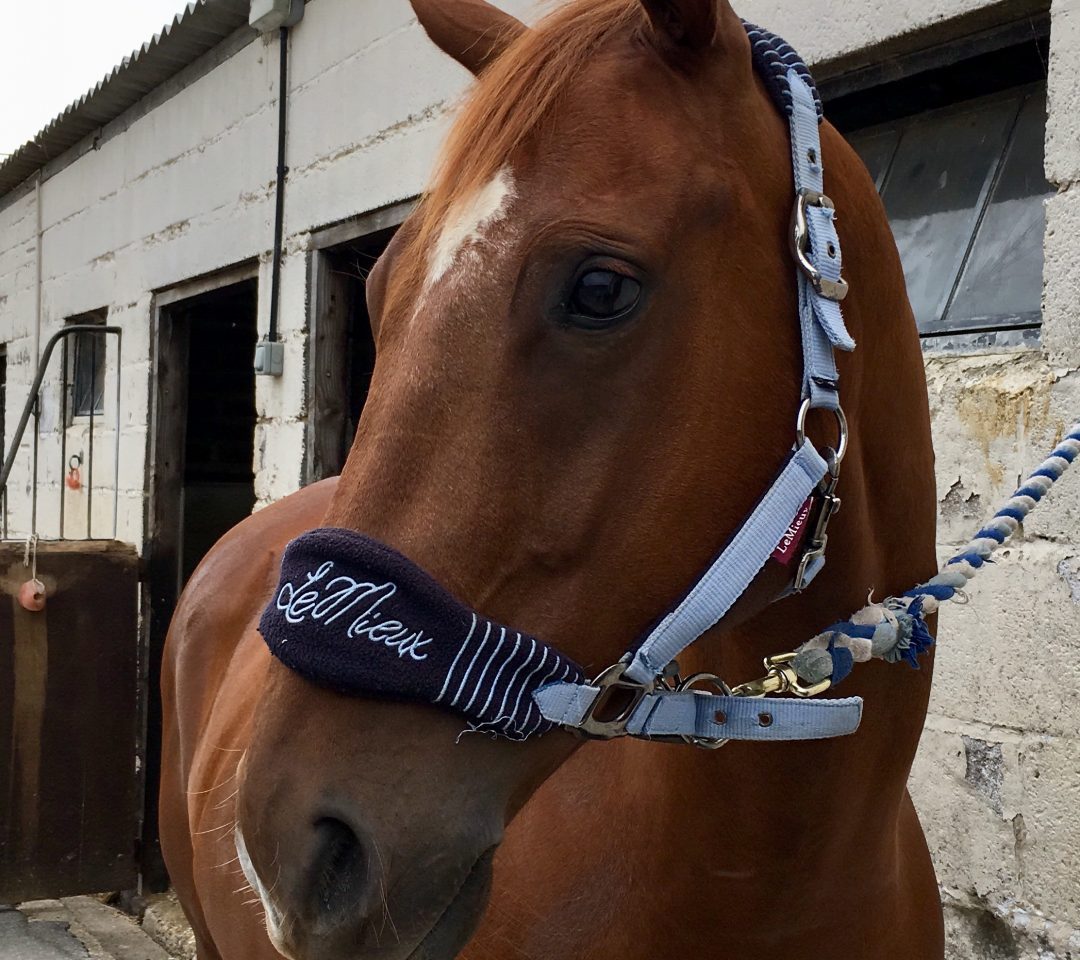 This is Malibu, my little thoroughbred I’ve owned since 2018. 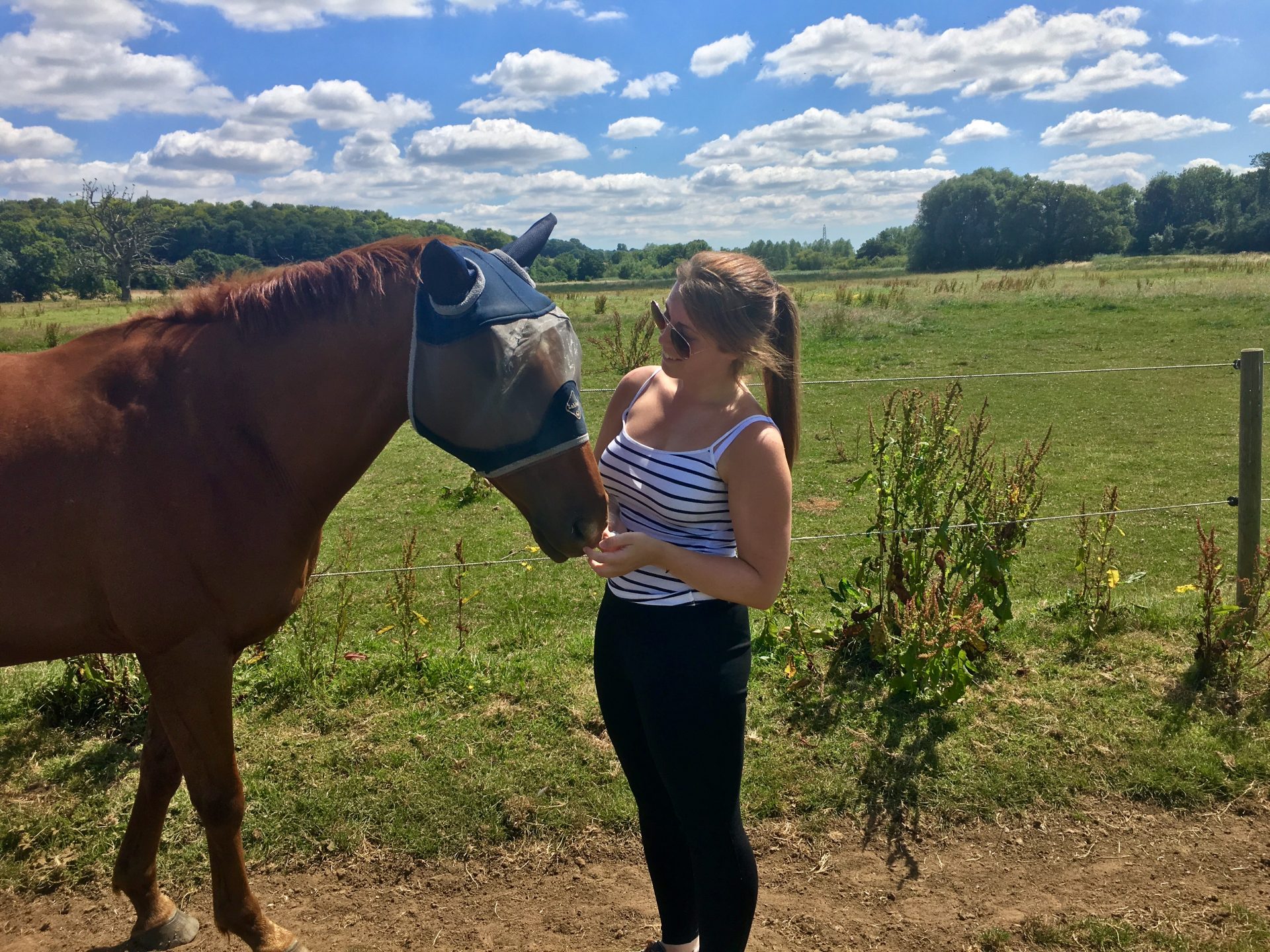 He came into my life purely by chance, when I saw an advert for him on Facebook shortly after losing my horse of a lifetime, Sisca, in August 2018. Being perfectly honest, I’d seen an advert for another horse who I felt was more suited to me than this scrawny looking little chestnut in the picture on the advert for him. I still went to see him and fell in love with his soft, gentle eyes and his quiet demeanour. I got back in the car and was adamant I was having Malibu – a few weeks later I picked him up.

It’s not been plain sailing though. He put me in hospital about 2 weeks after I bought him and I still don’t have any memory of that day, which is probably a good thing as I would most likely have given up after that.

He was also a chronic rearer and napped like there was no tomorrow. 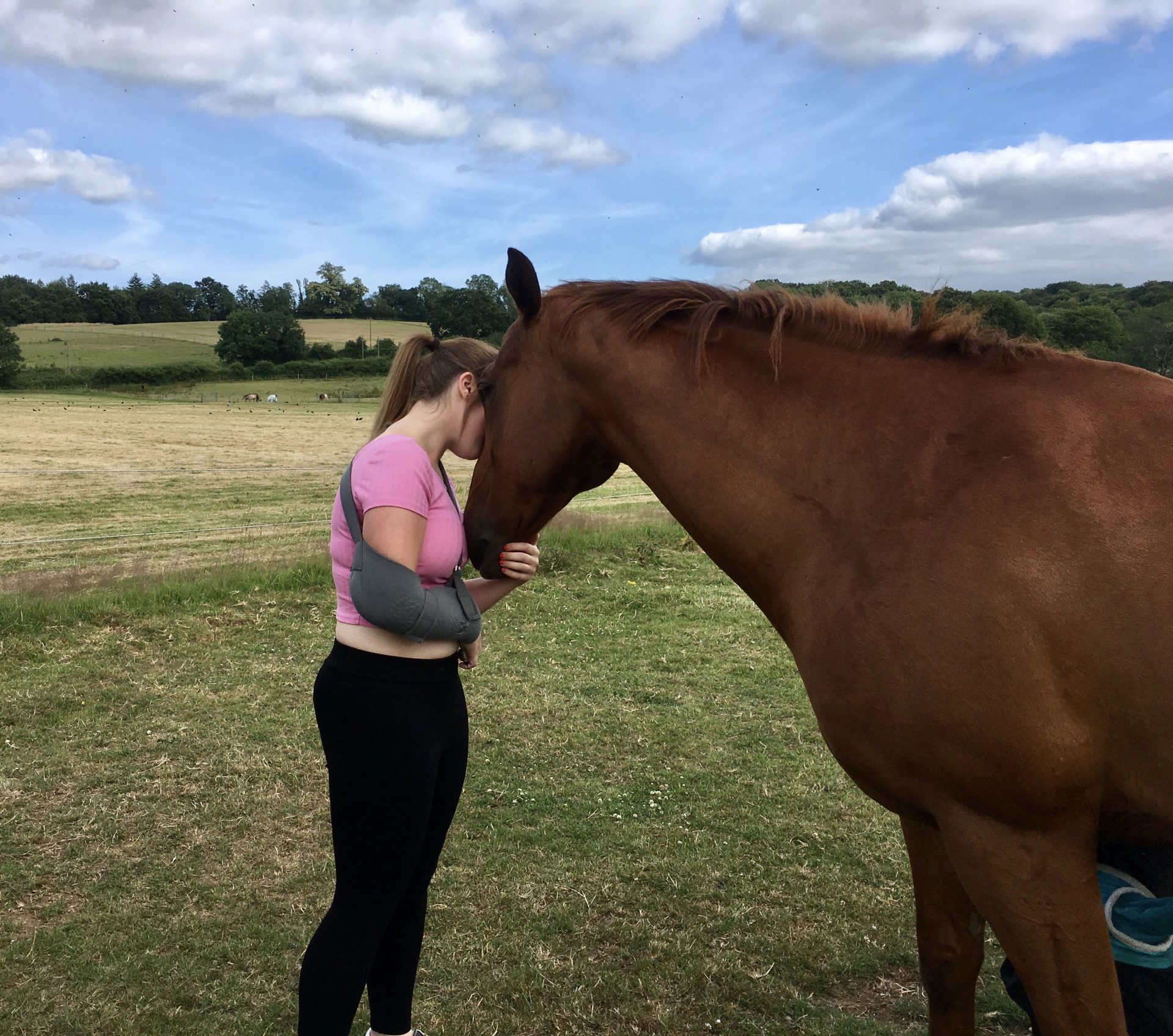 He had everything checked by the vets/saddle fitter/physio/farrier and no problems were found so we persevered. He had some time off across June/July 2019 as I had shoulder surgery, which was a blessing in disguise as we really cemented our relationship on the ground and since he’s been back in work he’s been xc schooling, where he flew everything first time of asking, and he’s been out to a clinic where he was foot perfect.

Not bad for a horse with no life experience!

My mum bought me one of the standard horseshoe hearts for Christmas and honestly it’s such a precious gift as it’s a piece of the horse who saved me when I was struggling to save myself from myself and I know that it’s something I’ll always be able to treasure.

Thanks to Malibu, I’ve got a new lease on life and I’m really looking forward to finishing university this summer and enjoying every moment with him! 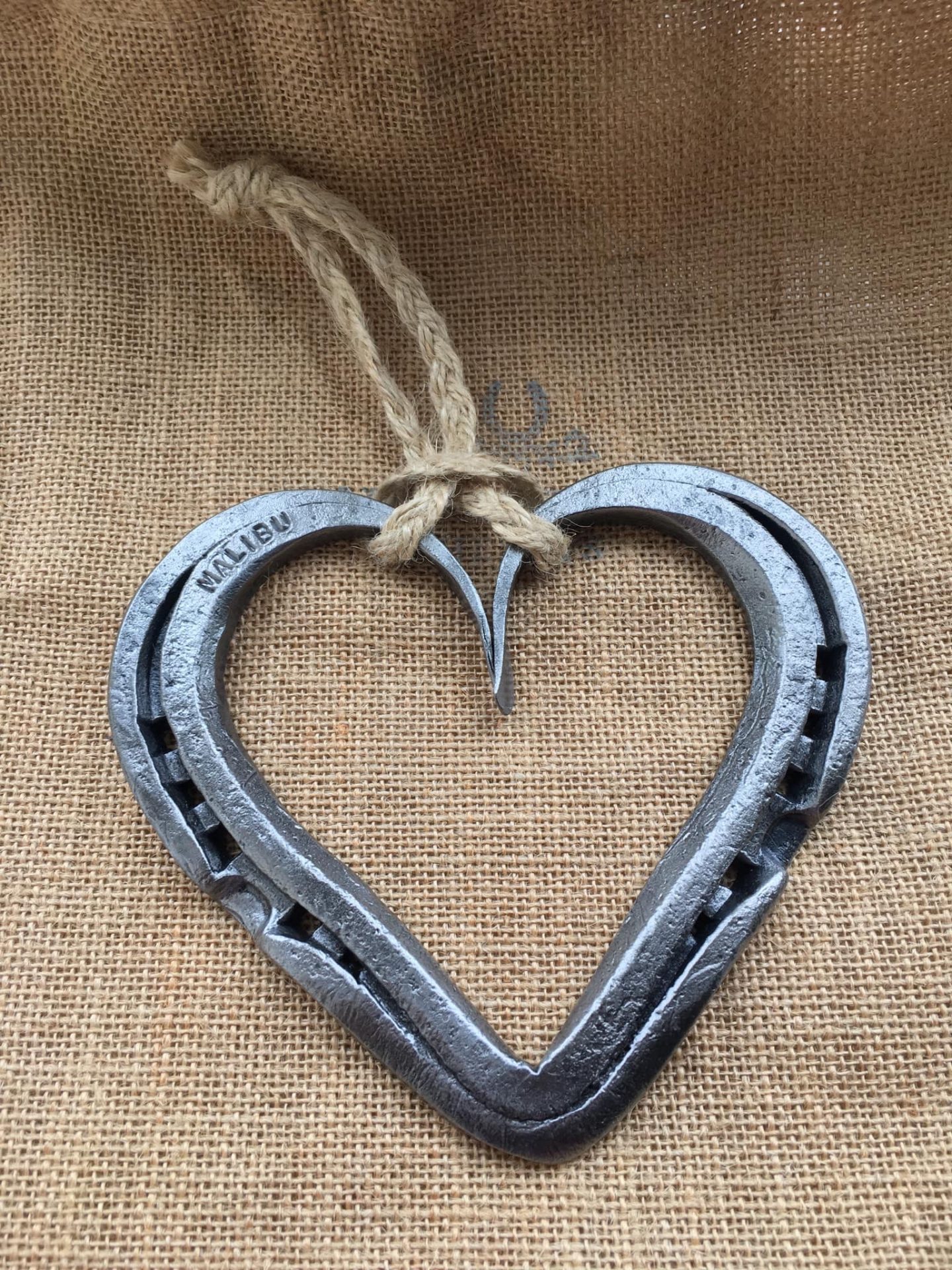